It was getting pretty hot at the Portland, Maine Museum of Art. Director of Facilities, Kevin Eames, decided that the best way to improve the efficiency of the museum’s air conditioning system would be to install a new rotary screw chiller. The problem was that it had to be placed in the same location as the older, quieter unit, a maintenance workshop space measuring about 15’ x 40’. Unfortunately, it would also be adjacent to one of the museum’s display areas.

Kevin’s concern was that the higher noise levels generated by the new Carrier chiller would disturb visitors in the display viewing area. He was also worried that he would lose the effective use of the remaining workshop space–more than 400 square feet. Another consideration was the heat generated by the unit itself. Would it overheat the entire work room, making it impossible to work in?

He called NEVA Associates, a noise-control manufacturer’s rep firm located in Newburyport, Massachusetts. Bill Veazey of NEVA Associates recommended an acoustical curtain enclosure as the most cost-effective way to reduce the noise. He knew that Shaver Industries’ acoustical curtain enclosure design would provide: accessibility, sufficient air flow for ventilation, and most important, the noise reduction necessary to allow for undisturbed enjoyment of the museum’s displays.

Kevin was delighted to learn that this kind of acoustical treatment could be fitted around the equipment to allow for use of the rest of the space. His work room would be intact. As soon as the chiller was installed, NEVA Associates took sound-level readings. Generally, the levels were 93 dB (A) with the dominate disturbing frequencies at 250,500 and 1,000 hz. NEVA Associates selected Shaver Industries BSC-25 to provide the required sound attenuation as well as random sound absorption within the concrete-surfaced workroom.

BSC-25 is a combination of a quilted fiberglass soundabsorption material with a loaded vinyl noise barrier septum. It is fabricated into modular acoustical curtain panels with grommets at the top, and hook and loop fasteners along each edge. Individual panels are joined together to form any configuration necessary. After the enclosure was constructed, NEVA Associates again took sound-level readings. The results were more than satisfactory: 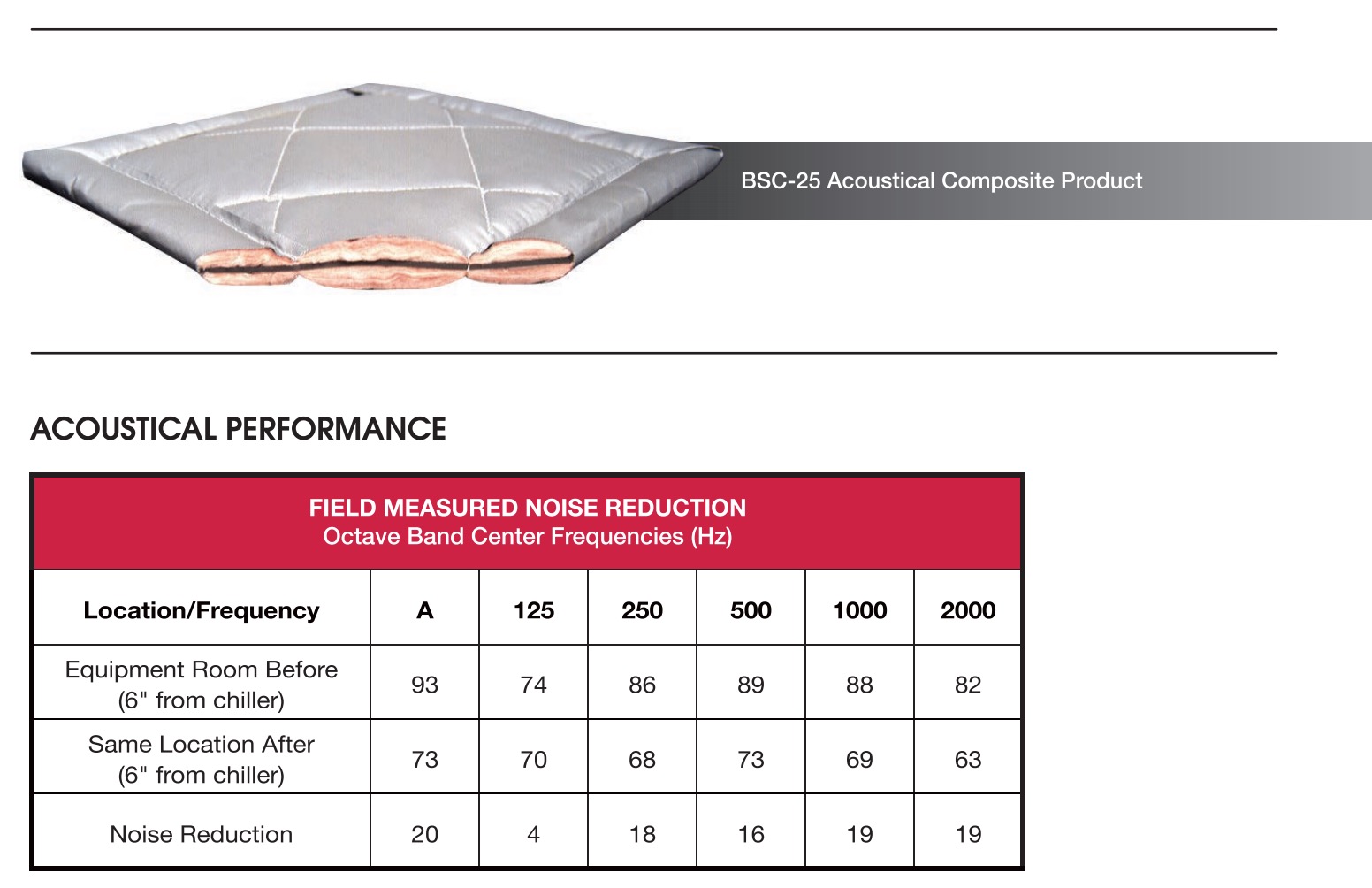 Established in 1986, Shaver Industries has evolved to become a trusted name in manufacturing, providing reliable products and services to an impressive list of clientele.